Artikel: How classroom technology is holding students back by Natalie Wexler

In a first grade classroom I visited a few years ago, most of the six-year-olds were using iPads or computers. They were working independently on math problems supposedly geared to their ability, while the teacher worked separately with a small group. I watched as one boy, whom I’ll call Kevin, stared at an iPad screen that directed him to “combine 8 and 3.” A struggling reader (like almost all his classmates), he pressed the “Listen” button. But he still didn’t try to provide an answer. 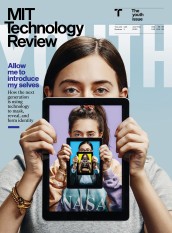 “Do you know what combine means?” I asked. Finding that he didn’t, I explained it meant “add.” Satisfied that I’d put Kevin on the path to success, I moved on to observe other students—and found their iPads displaying sentences like Round 119 to the nearest ten and Find the area of the following triangle in square units. If Kevin didn’t understand combine, were other kids understanding words like round and area? Not to mention square units?

Then I found a boy staring at a computer screen showing a number line with the question What number comes before 84? He listened to the instructions and tried 85, then 86, then 87, getting error messages each time. Thinking the problem was the size of the numbers, I asked him what number comes before four. “Five?” he guessed. It dawned on me that he didn’t understand the word before. Once I explained it, he immediately clicked on 83.

I returned to Kevin to see whether he had been able to combine 8 and 3. But I found he was drawing bright pink lines on the iPad with his finger—one of the gizmo’s numerous distracting capabilities.

“Can you answer the question?” I asked.

The school that Kevin and his classmates attend, located in a poor neighborhood in Washington, DC, prides itself on its “one-to-one” policy—the increasingly popular practice of giving each child a digital device, in this case an iPad. “As technology continues to transform and improve our world,” the school’s website says, “we believe low-income students should not be left behind.”